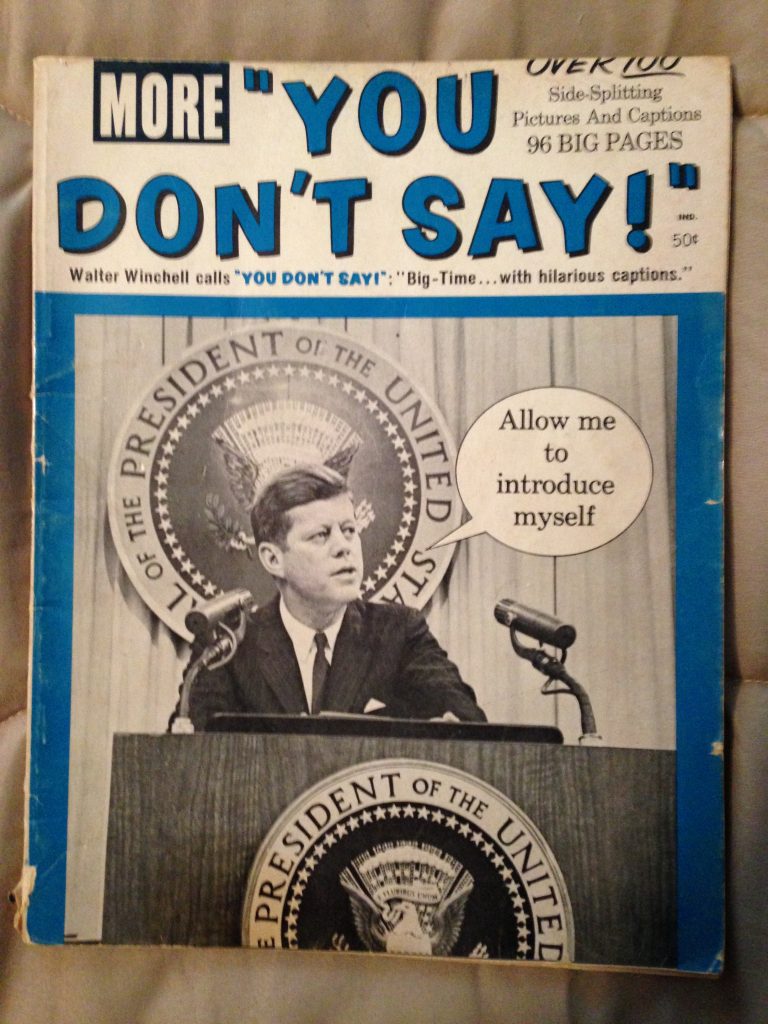 Seems like my Dad was a Stan Lee fan before I’d ever heard of the guy. I uncovered this hand-me-down in one of the boxes from my house disaster of a few years ago. More “You Don’t Say!” is a little-seen non-Marvel Universe project by Stan, consisting of his humorous dialogue affixed to photos of political figures of the day, namely President Kennedy and crew. 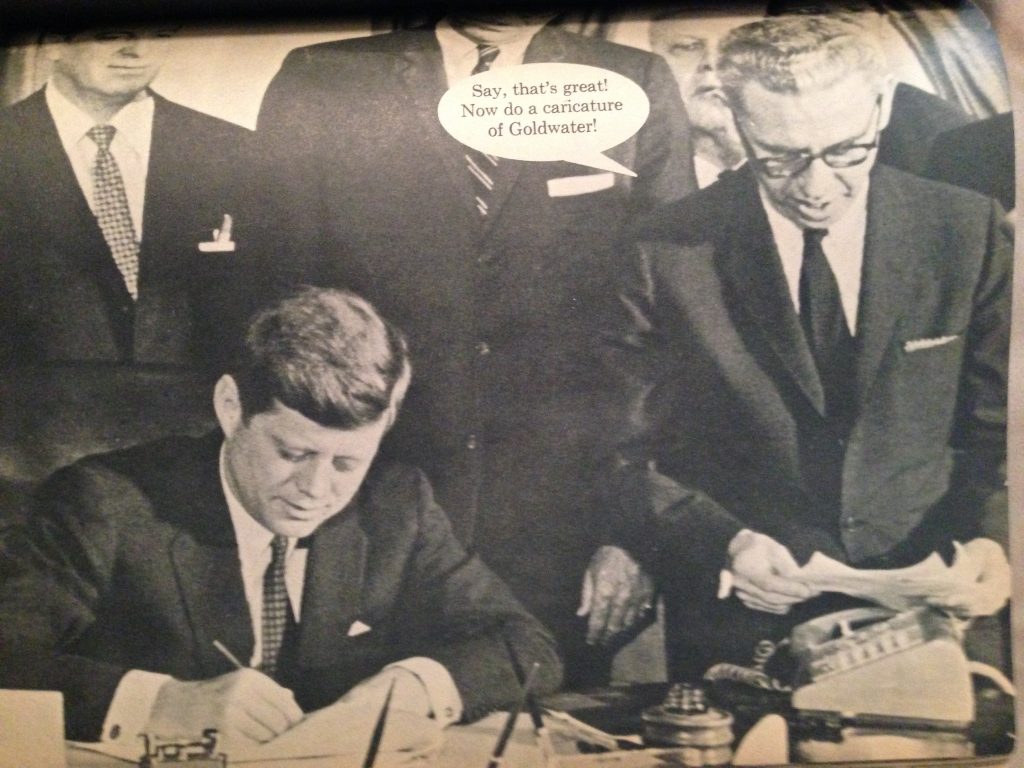 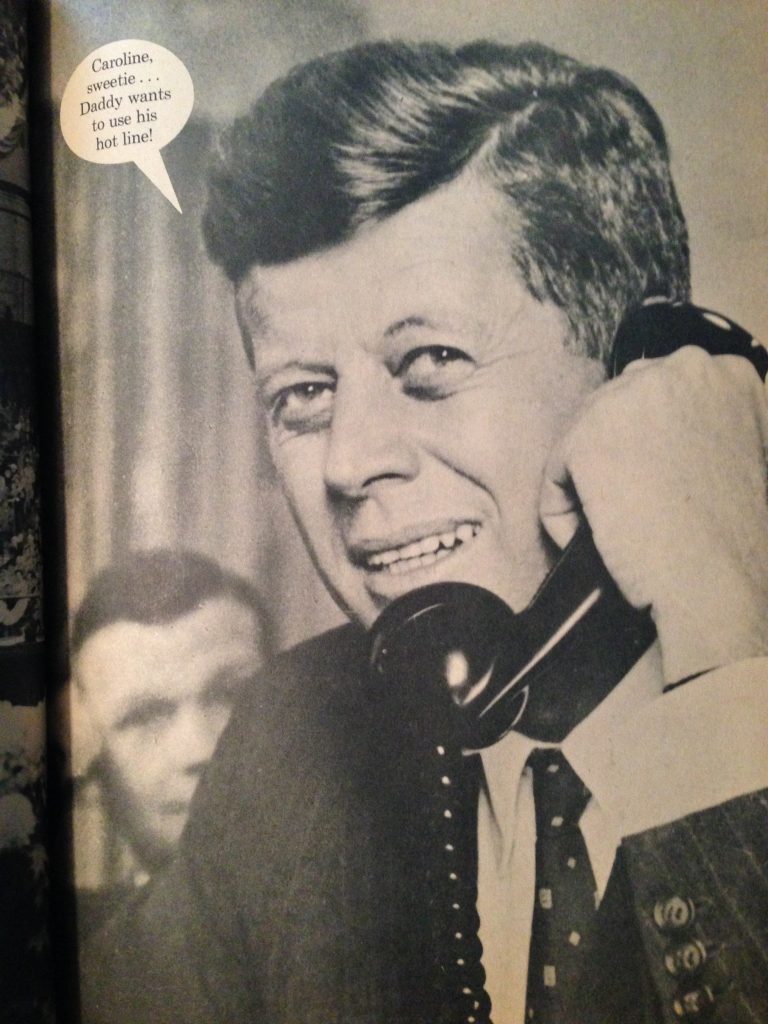 You get the idea. There’s no mistaking Stan’s hip/cornball humor, which reads very much like the Marvel Super Heroes bubble gum cards from 1966. 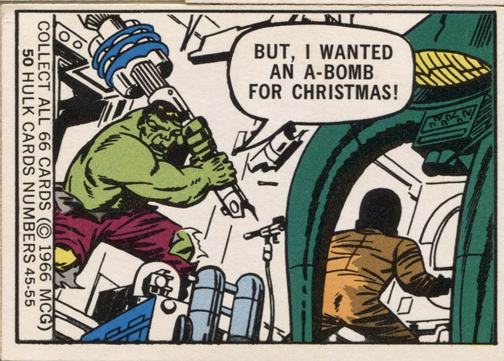